Even Jennifer Aniston had a traumatizing experience at the age of 11. “I remember a parental figure saying to me around the critical age of about 11, after a dinner party, that I was excused from the table because I didn’t have anything interesting to add to the conversation.” According to Jen, this cruel remark really hit home and, to this day, she remembers how it affected her.

These days Jennifer Aniston has plenty to say and fans love hearing it. She’s forged an incredible career, after making a breakthrough as Rachel Green on the beloved sitcom, Friends. Prior to her success on Friends, it was all about humble beginnings for Jen, just like it is for many other people, including her former partner, Brad Pitt!
Let’s take a look at these rare photos of Jen prior to her fame. In some of these photos, she looks downright unrecognizable. Enjoy, folks!

Would you have guessed who this baby is if we hadn’t told you? We know we wouldn’t have! The Friends star actually shared this throwback photo when she posted it to her Instagram account in 2019. Shortly after joining the social media platform. The second photo she posted was a current one, but she wore a similar hat; she captioned it: “#TBT In style, then and now…”

Even when Aniston tries to look like The Wicked Witch of the West for Halloween. We still think she looks great. In fact, it’s really difficult to find a bad photo of Jen. Regardless, though, her pal and co-star, Reese Witherspoon, feels a little differently about the photo above. After seeing this photo, Reese Witherspoon claimed Jennifer Aniston looked “spooky as a teenager”.

Remember when we said it was nearly impossible to come across a “bad” photo of Jennifer Aniston? Well, this is probably as close as we’re going to get. It’s not that the photo is really bad. It’s more the fact that Jen’s rocking a hairstyle that isn’t doing her any favors. Jen has admitted that this was during her “Goth” phase. She was trying to rebel against her mother, who happened to be a model, according to Starcasm.

Jen, is that you? Just like all celebs, there was a point in time when Aniston was not yet recognized in Hollywood and was actually just a normal teenager. She went to prom in 1984, and although we don’t know who her date was, we’re certain he’s kept photos of the two and will likely cherish them forever.

Again, before Jennifer Aniston became a household name in Hollywood, she went through the motions like all other teenagers, meaning she went through a few different stages…
We already talked about her Goth phase, but it looks like Jen also had a “Tomboy” phase, based on the outfit she’s wearing in the photo above.

Based on the character that made her famous, Rachel Green, we have a hard time believing this photo is real. Every Friends fan knows that Rachel Green was not big on sports, so seeing her 14-year-old self in this football jersey, while holding up a ball, is truly puzzling.

Looks like the apple doesn’t fall too far from the tree. Jen’s mom, Nancy Dow, was actually a model and an actress herself, way back in the 60s. Although Aniston followed in some similar footsteps to her mother’s, the two were reportedly estranged by the time Nancy passed away in 2016.

6- Jen And Her Best Friend

Wait a minute, that’s not Courteney Cox?! Although Cox and Aniston became best friends in real life after portraying best friends on-screen for over 10 years, that doesn’t mean Aniston didn’t have a best friend before her. In the photo above, she is photographed with Andrea Bendewald, who was Jen’s bestie from the 90s.

Looks like Aniston went to school with some pretty famous faces. She attended New York City High School Of Performing Arts at the end of the 80s and was friends with none other than Cher’s son, Chaz Bono, who was then known as Chastity. This photo of the school friends was taken in 1987, and one thing’s for sure…both have changed A LOT since then.

We assume not too many people know this, but prior to Friends, Jen once showed off her comedic chops. In the sketch comedy series, The Edge, Aniston took part in a variety of humorous sketches, one of which was a Sports Illustrated spoof. It may have been short-lived, but based on the screengrab above, she has always been a bombshell! She definitely started turning heads at that point.

This photo might’ve been taken a while back, but it’s clear that the Friends star has aged gracefully, based on similar she looks now. Back in 1990, Jen was about 21 and just beginning to dabble in acting. She landed her first TV role, in Ferris Bueller (which was an adaptation of the 1986 film) and the rest is history.

This photo of Jen definitely reminds us of the actress we’ve come to know and love. She began appearing on our TV screens when Friends made its debut in 1994, and to be honest, we haven’t stopped watching her since. We’d be lying if we said we didn’t still watch reruns on Netflix. She was very new to the Hollywood scene, but it did not take long for her to become a staple.

1- Before All The Fame

We might all know her as ‘America’s Sweetheart’ nowadays, and recognize her as one of the most beautiful celebs in the world, but things weren’t always so peachy for the Friends star. In fact, Jen admitted in an interview that as a child, she was a little on the chubby side and would often get bullied in school, according to the Daily Mail. 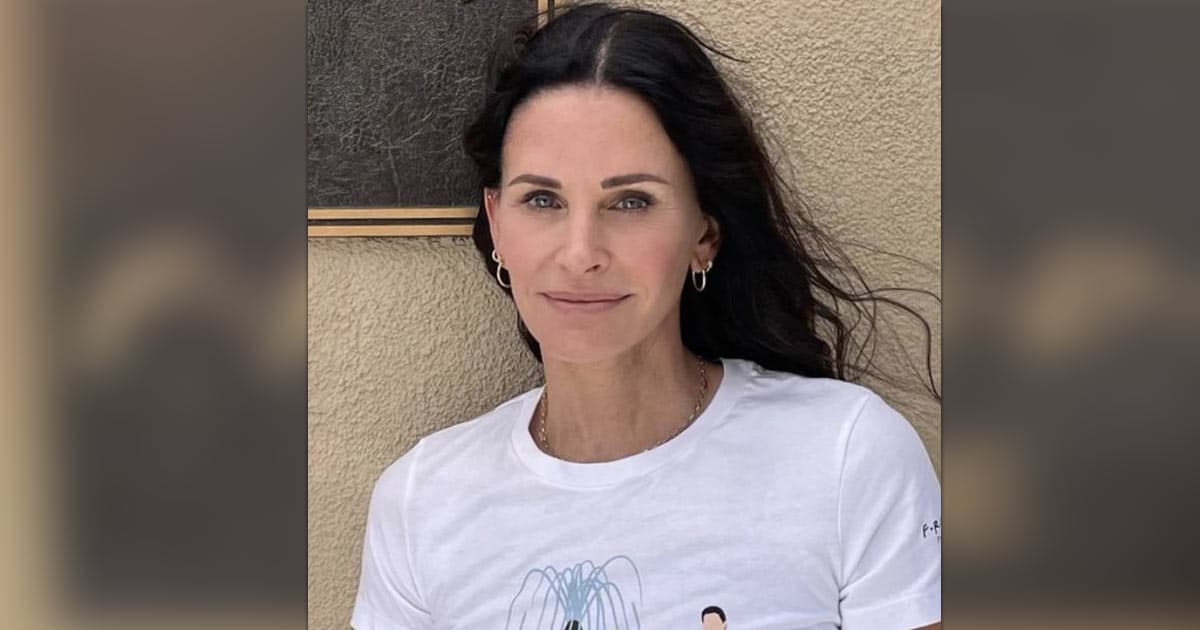 Courteney Cox Is Truly Monica Geller In Real Life & This Viral Video Is The Ultimate Proof For Friends Fans! 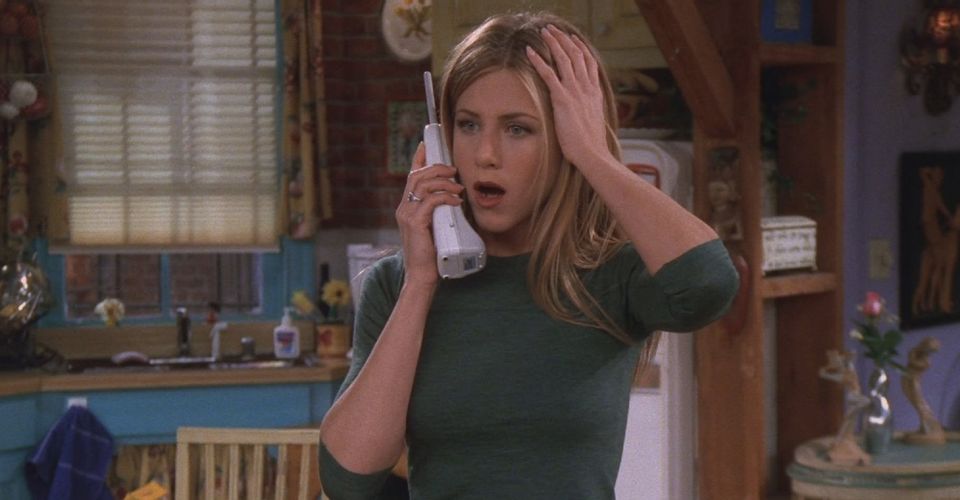 Neither Chandler Nor Richard was Perfect man for Monica 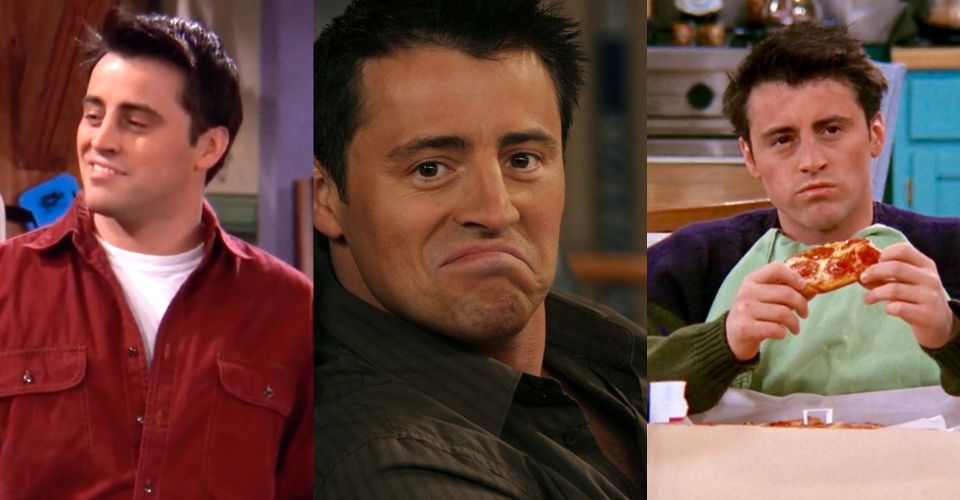 Friends: Proofs that Joey Is The Funniest In The Group