Friends is still a great TV show but that doesn’t mean it didn’t have its fair share of inconsistencies and plot holes.

If you go back and watch the pilot again, we find out that Rachel and Chandler have never seen each other before, so that leads to an introduction. But, later episodes completely contradict this idea because we learn that the two have met at least four separate times during high school and college.

Joey, Chandler, and Ross are obsessed with Die Hard. But in the season six episode, “The One Where Ross Meets Elizabeth’s Dad,” none of them recognize Bruce Willis when he starts dating one of their friends. This is a plot hole that producers seemed to embrace because it happened more often throughout the series.

Any Friends fan would recognize June Gable as the actress who played Joey’s agent, Estelle Leonard. But, that isn’t the only role she played in the hit series. However, the weirdness comes into play when Gable plays the nurse who helps deliver Ross and Carol’s baby later in the first season.

The Disappearance Of Ben

This happened with Ben (Cole Sprouse), and it was strange because he was Ross’ son that he had with his first wife, Carol. Of course, kid actors grow up and move on to other acting jobs, but the fact that there was virtually no mention of Ben in the last two seasons is odd.

In “The One Where Chandler Can’t Cry”, Joey, Phoebe, and Monica discover that Chandler can’t cry no matter what the circumstances. But, the problem is that the producers and writers must have forgotten about an episode in season three where Phoebe mentions the time when she made Chandler cry so hard that he cried like a baby. On top of that, we also actually see Chandler cry in season four’s, “The One With the Worst Best Man Ever.”

In the pilot, when Rachel is running out on her wedding, there is no mention of the name, Barry Farber. Instead, Rachel has run out on her wedding to a guy called “Finkle”. She tries to call him to explain why she ran, but she keeps getting cut off by the answering machine. When she calls back, she says that some girl is going to be incredibly lucky to be Mrs. Barry Finkle.

Chandler and Monica get married in May, and we find out at their wedding that Rachel is expecting and is six weeks along. But, then later in the next season, we go through Halloween, Thanksgiving, Christmas, and Valentine’s Day – and Rachel is still pregnant. Emma doesn’t end up arriving until the following May, which means Rachel was pregnant for over a year before giving birth to her daughter.

The whole point of the episode is that they can’t get the ink off. Ross even calls the marker company to tell them they can’t remove the ink. And, Rachel makes them stay in the hotel room because it won’t wash off. But, in the next scene of the season six premiere, “The One After Vegas,” the whole gang was having breakfast the next morning, and the ink was gone.

In “The Last One,” Chandler and Joey must break open their precious foosball table, so they can free Chick Jr. and Duck Jr. Breaking it wasn’t the only way. When Chandler and Joey switch apartments with Monica and Rachel in “The One With the Embryos,” the boys easily move their foosball table by simply separating it into two parts.

In an earlier episode, she doesn’t know a word of French. She has no idea what the word “sous” means when asking about a Sous Chef. It’s a simple French word that means under, and someone who speaks fluent French would know that.

“I went out a couple of times with this girl – really hot, great kisser. But she had the biggest Adam’s apple!” he says. But later in the season seven episode, “The One Where They All Turn Thirty,” Joey tells Chandler that he has to take off his bowtie because it’s hurting his “Joey’s Apple.”

In the episode, Joey’s fridge is broken, and he tries to get everyone to help pay for a new one because of his financial struggles.  Next time you watch an episode, take the time to notice which direction Joey’s fridge door opens from. Between episodes, it randomly changes without explanation. It appears that he just keeps getting new refrigerators all the time. 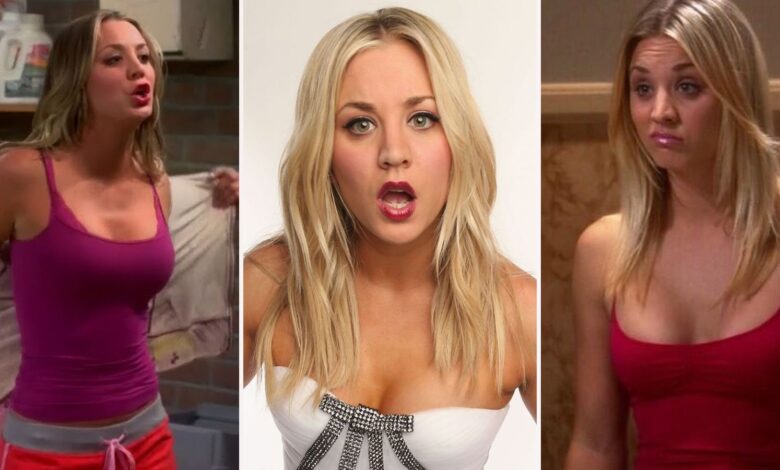 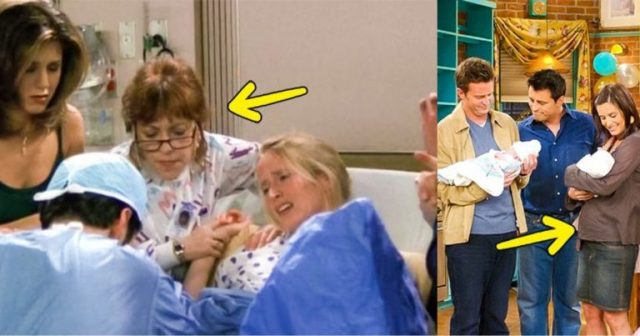 12 Details on ‘FRIENDS’ fans definitely did not notice