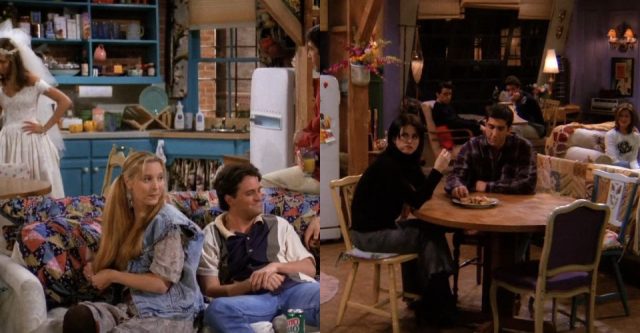 What is Friends without the purple-walled apartment? Monica’s and Rachel lived in an outrageously huge apartment on 495 Grove Street. The girls’ sanctuary has an iconic status among the apartments of the hangout sitcoms. But it sure did have its oddities, from an ever-changing number to the door unlocked at all times.

The Chairs Change Themselves 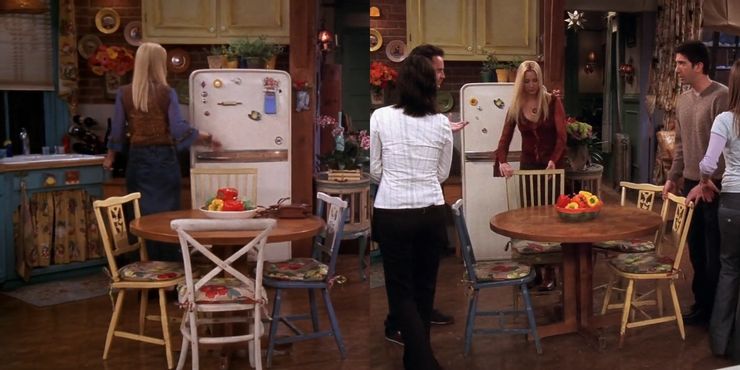 Throughout season 10 of the show, someone at Monica’s was constantly changing the chairs in the dining area. While yes, the apartment was supposed to give an eclectic feel, changing the chairs too often (sometimes episode to episode) certainly killed the vibe of her living room.

This one’s high up the totem pole of bizarre things about the purple-walled apartment. The sudden change in the girls’ apartment number from 5 t0 20 in season 1 confused fans for a while, until they learned it was an attempt to match the exterior view. 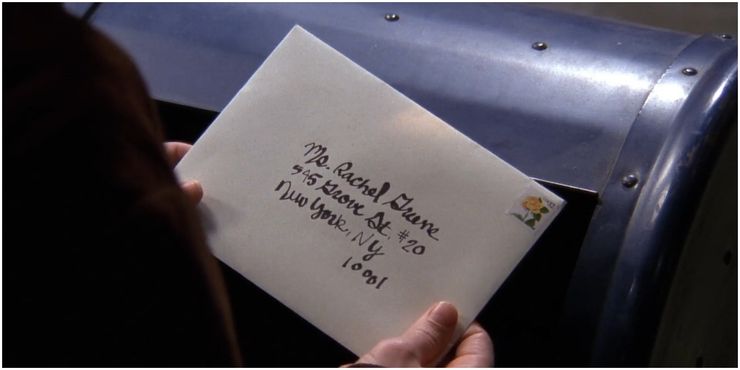 Season 4’s “The One With The Invitation” reveals an odd detail about the girls’ address. While Ross is sending out invitations, the camera pans onto the envelope meant for Rachel which reads something like, “Ms. Rachel Greene, 545 Grove St, #20.” Grove Street is actually in Brooklyn, whereas Monica and Rachel lived in a West Village apartment. 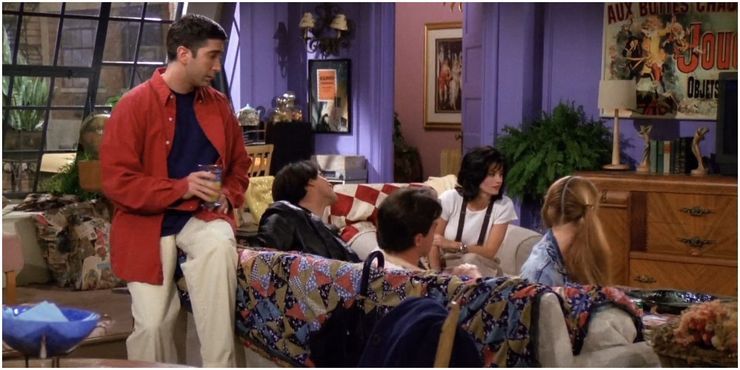 And if it isn’t painfully obvious, the girls did actually live in a gigantic apartment that Monica was subletting from her grandmother. The lease was in her Nana’s name until the very end of the series, making it a steal. 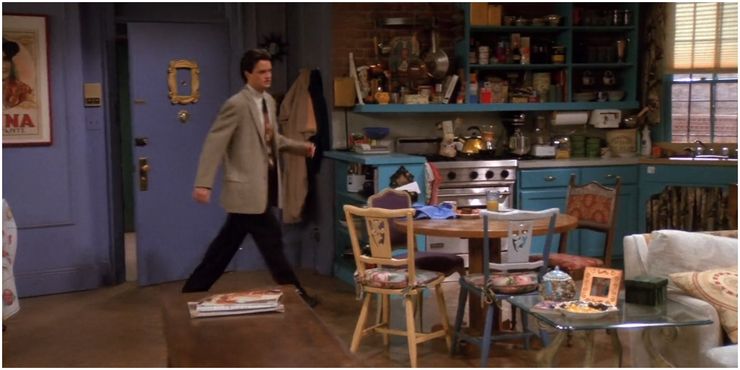 In “The One With Phoebe’s Husband,” Rachel spends a lot of energy convincing her mother she lived in a safe street and a safe building. Yet she never actually bothers to lock her door from inside, not even after the apartment across the hall was robbed. 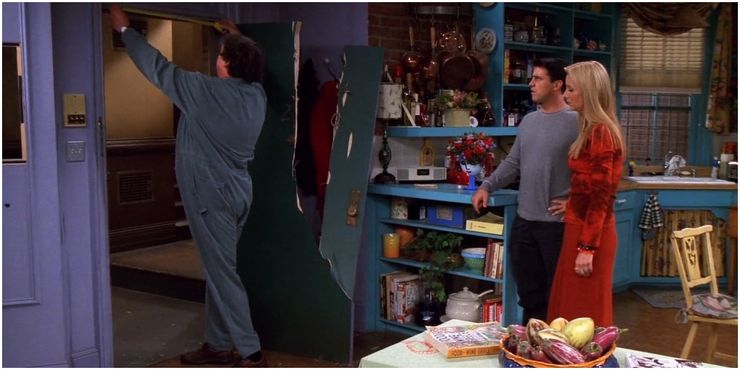 Speaking of the door, Rachel somehow is able to unlock Monica’s door with an old key in season 10s “The One with the Late Thanksgiving.” Nothing unusual about that, bearing in mind, she lived there, except for two tiny little details – she gave her key back to Monica when she moved out, and it was not the same door. 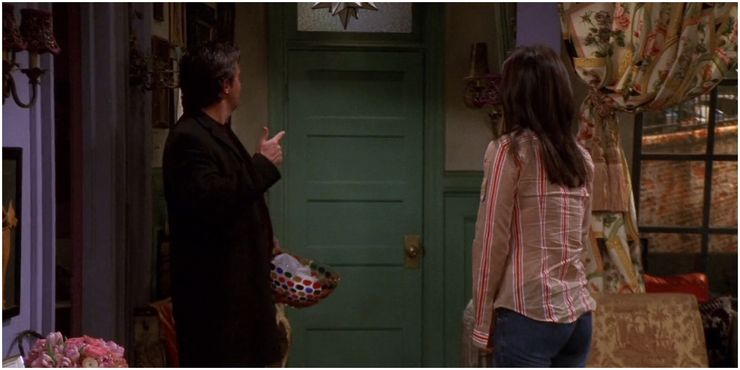 In season 8, Chandler finally found out his wife hid junk inside her secret closet thanks to Bob and Faye Bing who sent an ugly punch bowl as a wedding gift. When Chandler headed to stuff it inside the closet by the bathroom, and it was locked, which led him to ask questions.

Got Away With Illegal Subletting 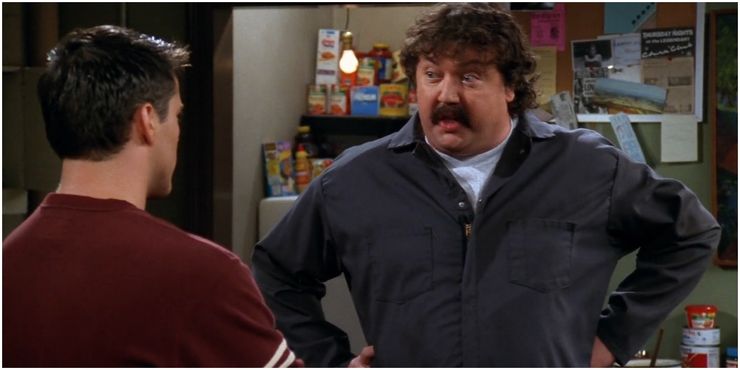 All things aside, it’s kind of bizarre how Monica got away with illegally subletting her grandmother’s apartment for more than a decade. The building superintendent, Mr. Treeger, knew the girls were violating the Rent Stabilization Act of 1968 and way back in season 4 even threatened to have the girls evicted. 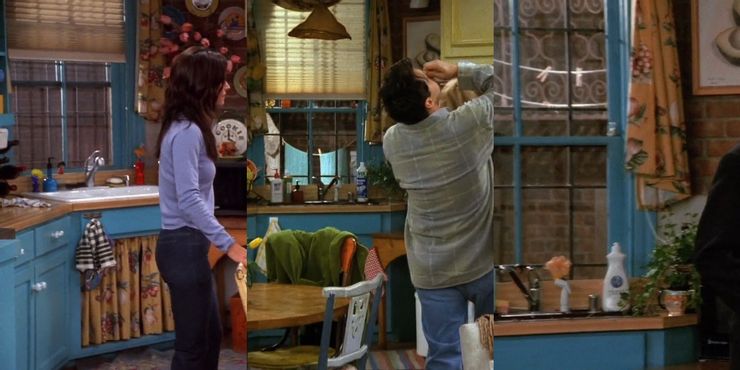 Over the years, the view outside Monica’s kitchen window kept changing. Some episodes show either an apartment window of the flat across, a washing line hanging outside, the cityscape, or just a portion of a brick building. 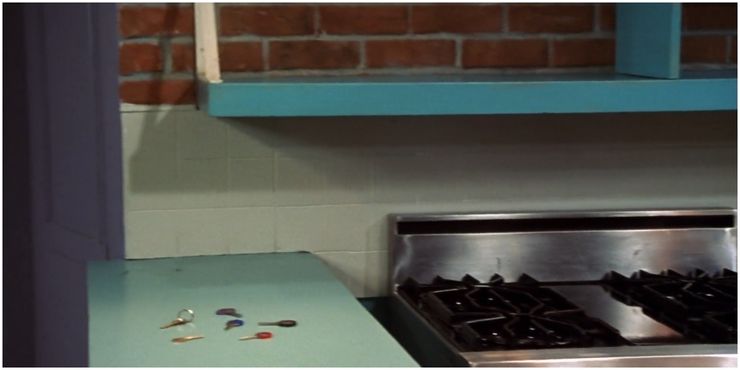 In one of the most heartbreaking Friends scenes ever, at the end of the series, all six members turned in the keys to the apartment. Looking back, certain confusions about the 6 keys arise. When Monica and Chandler were on their honeymoon, Phoebe and Joey had a conversation where they discussed the Beings taking away the keys to the purple apartment