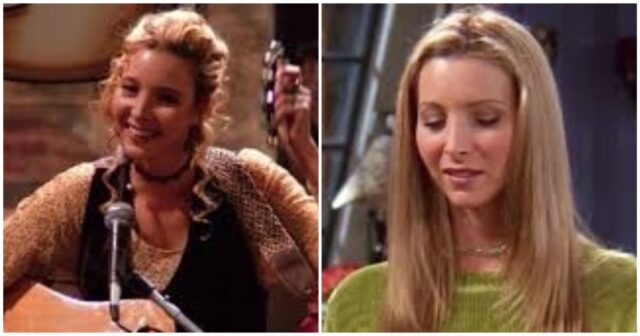 When Friends first premiered in 1994 story was different. Phoebe Buffay was not initially one of the friends who was listed as a fan favorite. She was written as being that eccentric friend who would cleanse people’s auroras. She sing unique original songs at the local coffee house, much to people’s chagrin. It seemed as though in the early seasons, the writers didn’t know exactly what to do with Phoebe.
Yet, as the series progressed, Phoebe grew up before the audience’s very eyes. And matured into a very confident woman. Who thankfully, was able to get that life that she often pined for while living on the streets. Whether it was loving animals with her whole heart or running in the park like no one was watching. Phoebe quickly entered fans’ hearts with a charm that only half of the friends wished they had.

The One Where She Stole Her Sister’s Movie Paycheck

After a patron at the coffee house mistakes Phoebe for being the Phoebe Buffay. The adult movie star, Phoebe hilariously finds out that her twin sister has made cheap adult movies using her name. Phoebe confronts Ursula and demands she stops using her name, as she doesn’t want that kind of notoriety. She takes it one step further. And has the payroll company make sure that all checks for the movies come to Phoebe’s correct address.

The One Where She Was Possessed By A Dead Woman

“The One With the Lesbian Wedding”. It was hailed by critics and audiences alike as being one of the show’s crowning moments. In the episode, Carol and Susan tie the knot on camera. It makes the show one of the first to embrace same-sex couples. One of the reasons this episode shines, is in part to Phoebe’s plotline of being possessed by a client. Who died on her massage table.

The One Where She Falls In Love With Mike

When Phoebe and Mike (Paul Rudd) meet each other for the first time, it is contentious. And nd based on lies—the best qualities for any comedic couple to meet under. Yet despite the false start, Mike and Phoebe really hit it off and begin to fall for one another. However, before they can admit their true feelings for one another. They have to introduce Phoebe to Mike’s stuck-up rich parents.

The One Where She Debates Evolution

When Mr. Heckles dies in the second episode of Season 2. The friends are left with the task of cleaning up his apartment. Which is hoarded with a bunch of junk that no one wants. While this episode displays growth for Chandler, what is most memorable is Phoebe’s debate of evolution with Ross.

The One Where She Tries To Seduce Chandler

When Phoebe discovers that Monica and Chandler are in an intimate relationship, she discovers that the couple is still looking to deny any relationship is happening. Looking to have some fun and get the two to confess, Phoebe, Joey, and Rachel look to play a game of chicken with Chandler. Their best weapon: Phoebe’s sexuality.

The One Where She Thinks Her Mom Is Cat

While playing music at the coffee house, a stray cat enters and hops right into Phoebe’s guitar case. At first, looking to shoo the animal away, Phoebe stops herself as she gets a very strong feeling that this cat is possessed by the spirit of her deceased mother.

The One Where She Has The Sexy Voice

In the Season 3 episode, Phoebe comes down with a cold that alters her singing voice. While in some cases her voice might be terrible to non-existent, the cold changes her voice into a sexy, melodic baritone dream voice.

The One Where She Dates A Firefighter… & A Teacher

Phoebe was dating Jason, a teacher, and Vince, a firefighter, but when she realizes that both men would prefer to be exclusive, she has to figure which one she wishes to be with most.

The One Where Smelly Cat Gets Turned Into A Single

Smelly Cat has, and will always be the number one single by Phoebe Buffay. It has the most requests from her fans and it’s the one everyone knows the words to. When a record producer hears the song and insists on recording the song as a single and produce a music video, Phoebe jumps at the chance—she is finally going to be a star.

The One Where She Mugged Ross

When Ross and Phoebe get mugged by an old street friend of Phoebe’s, the event churns up a past trauma of Ross’ that he’s never told anyone. As a kid, Ross was walking home from school and was mugged by a kid with a lead pipe. This story resonates with Phoebe as she quickly realizes that she was the one that mugged Ross.