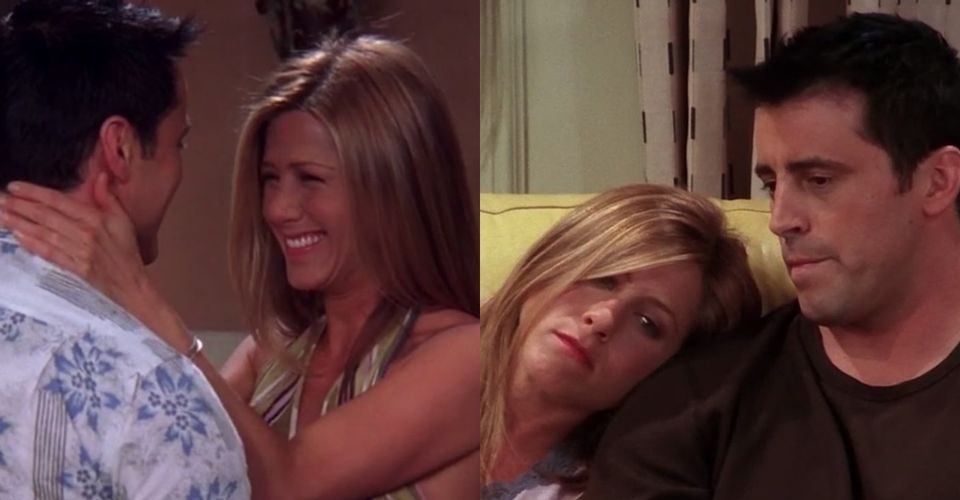 Rachel and Joey were an odd choice for a couple in Friends – and everyone knew it wouldn’t last.

Joey and Rachel were one of the most contentious relationships in Friends. And everyone knew that Joey would always be just another roadbump on the way to Rachel reuniting with Ross.

In some ways, these two really were a great couple. They both loved style. They have a lot of fun together. Rachel is definitely the most supportive of the group. When it comes to Joey’s career and awards, and they know they can live together. Racheal and Joey were doomed from the start.

Eventually, Rachel and Joey do connect. But when Joey first told her that he had feelings for her. She absolutely did not reciprocate. In fact, they ended up sharing a ridiculously long hug, over dinner. After she told him that she just didn’t feel the same. And while some feelings may develop over time. This is definitely not a good sign – especially when they were both single and already knew each other extremely well.

Rachel moved in after her and Phoebe’s apartment was damaged in a fire, and then stayed there when it was rebuilt as a one bedroom. Up until this moment, Joey seemed to have no real attraction to Rachel, despite spending an incredible amount of time together – so why was it that he started to fall for her when she moved in?

3 They Are Both Terrible With Money

Admittedly, both Rachel and Joey get better with money as time goes by, but out of the gang, they are definitely the worst. Rachel has spent her life spoiled, and Joey swings from totally broke to incredibly rich, bailed out by Chandler whenever he messes up. If they got together, they would probably end up bankrupt…

4 Joey Pushed Her Away In The Past…

Fans might not remember, but before Joey developed his feelings for Rachel, he had actually turned her down once already – and not that long before.

5…And Then She Slapped Him Away

Of course, once Rachel and Joey actually do try and get together, it’s clear that Rachel is seriously uncomfortable with getting physical with Joey, and keeps slapping his hand away when he tries to touch her. Later, they try to ‘power through’ the awkwardness with wine (and Rachel accidentally knees him in the crotch). This kind of discomfort is clearly not a great start for a romantic relationship!