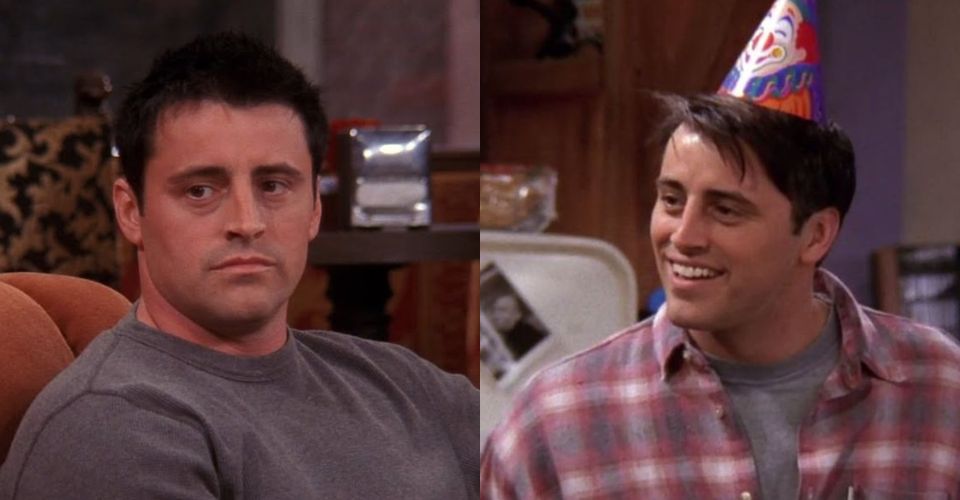 Joey from Friends is easy-going, thoughtful and a great friend to the rest of the gang, especially Chandler

1 He Sacrifices His Diet For A Pregnant Phoebe

Phoebe, being a strict vegetarian, is conflicted by her newfound desire for meat (a side-effect of her pregnancy.) She does not want to break her moral code, but the baby allegedly refuses to tolerate soy burgers. After she eats a sandwich belonging to Chandler, Joey decides to create a nice steak-themed meal for her.

However, Phoebe mentions that eating meat goes against everything she stands for. So he magnanimously offers to quit his carnivorous diet until she gives birth. The fact that this is such a difficult task for Joey makes it all the more compassionate.

2 Inviting Chandler To His Film Premiere

Joey is extremely proud of his cinematic accomplishment, a role in the WWI period piece, Over There. Before the premiere. He chooses Chandler to be his plus one, acknowledging how much his friend has supported him throughout his career.

Sweet as it is, Joey is enraged when Chandler starts dozing off in the middle of the film. He demands that he pay Chandler back everything he owes him, but the moment passes after he learns that he’d never be able to afford it.

Joey learns about Chandler and Monica’s romantic tryst very quickly, given how well the pair had been keeping it secret. He draws a parallel between Chandler and Monica seeing Donald Trump on the same “work weekend” — but it is finally confirmed when Joey realizes that the eye-curler found in Chandler’s hotel room actually belongs to Monica

The two of them beg him not to tell anyone, and he is somehow successful for months (until Rachel and Phoebe make their independent discoveries).

Ross and Joey watch a film together on the latter’s couch, during or after which they end up sleeping, all snugly bundled up together. When they wake up, Ross is instantly dismissive of repeating the idea, while Joey just wants to have a good nap. He even forces Ross to admit that “it was the best nap ever.”

In many ways, having two men show physical affection for each other on TV would have been a great way to break the precedent of the shows of the time. Unfortunately, their victory doesn’t last long, because the other four turn out to be as judgmental as Ross and Joey feared they would be.

As paradoxical as it may seem, Joey has actually helped Chandler and Monica out financially. Both of them have actually asked him to lend them money, separately and without informing the other.Monica borrows $2,000 from him, which her husband later discovers, so Joey invents a fake story about her wanting breast enhancement surgery. This concerns Chandler, who confronts his wife about the situation. In the end, the situation is resolved, albeit not without some unnecessary conflict thrown in.