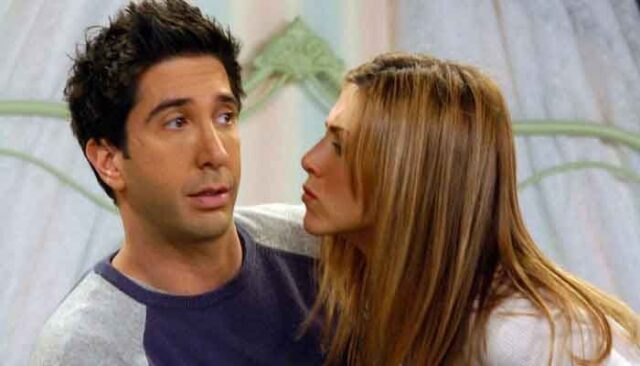 The 52-year-old Emmy winner has confirmed that she’s not dating her former Friends leading man and called him her brother.

Speaking with ET on Monday, she told:  ‘That was bizarre. I could not believe that, actually. Like, really? That’s my brother.’

‘But I understand it, though. It just shows you how hopeful people are for fantasies, for dreams to come true,’ she added.

The rumors began in May after the 54-year-old Emmy nominee confessed on HBO Max’s Friends reunion: ‘I had a major crush on Jen. It was reciprocated.

‘At some point, we were both crushing hard on each other. But it was like two ships passing, because one of us was always in a relationship. And we never crossed that boundary. We respected that,’ Aniston revealed.

Jennifer Aniston and David Schwimmer ruled the hearts of audience with their iconic roles Rachel Green and paleontologist-turned-professor Dr. Ross Geller for 10 seasons on hit sitcom ‘Friends’, which concluded in 2004.

Jennifer Aniston said David Schwimmer also known as Ross is just like his brother and both of them are not in the relationship. She also says that when the show starts both of them had crush on each other but now jennifer aniston said that he is like a brother to her