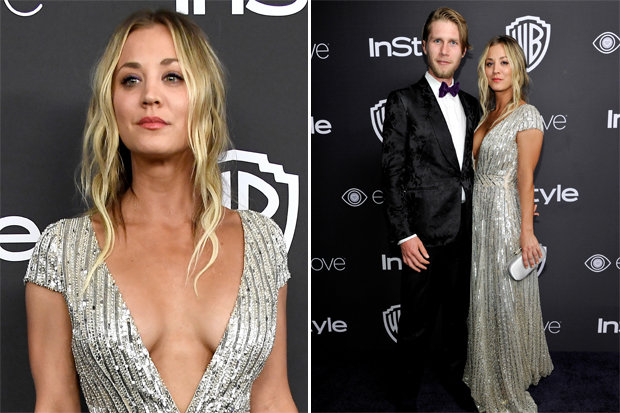 Before stepping out in a revealing Tommy Hilfiger dress this Sunday, the Big Bang Theory star called attention to her ample cleavage in a cheeky photo. Posing with her boyfriend, Karl Cook, and her glam squad, Kaley Cuoco playfully captioned the shot, “Heading to the Golden Globes with my golden globes.”

The 31-year-old turned heads when she hit the red carpet with Cook at Warner Bros. Pictures and In Style‘s after-party. Cuoco was all smiles as she happily posed for pictures with Cook, who was wearing Ralph Lauren for the night.