Rachel Green from “Friends” is one of the most iconic characters of the 1990s and early 2000s.
Jennifer Aniston’s portrayal earned her an Emmy, and the sitcom is still a fan-favorite show today.
Even “Friends” fans who have seen every episode of the 10-year series. May have forgotten some of these interesting facts about Rachel.

Rachel Green was in a sorority in college

In “The One With Rachel’s Big Kiss,” Rachel’s former sorority sister Melissa (Winona Ryder). Runs into Rachel and has dinner with her and Phoebe (Lisa Kudrow).
This seems to be the only episode in the series that mentions Rachel being in a sorority or college.

Rachel Green is afraid of swings because of a ‘traumatic incident’

Ross (David Schwimmer) wants to take his and Rachel’s daughter. Emma, to a playground on “The One With the Home Study.”
Rachel is appalled by the suggestion and doesn’t want Emma. To go because Rachel had a traumatic experience on the swings as a child.

Rachel Green has a tattoo

Rachel and Phoebe decide to get tattoos together on “The One Where Joey Moves Out.”
Phoebe chickens out before actually getting her tattoo, but Rachel gets a small heart on her hip.
The tattoo doesn’t seem to be shown or mentioned again after this episode.

While working at a new job, Rachel realizes she is missing out on the conversations her work colleagues have during smoke breaks on “The One Where Rachel Smokes.”
She tries to start smoking to be included and then instead tells her coworkers that she’s working on quitting.
Though Chandler (Matthew Perry) was a heavy smoker. Rachel seems to be the only other member of the friend group who is seen smoking.

When Rachel’s eye is bothering her, Monica (Courteney Cox) accompanies her to the eye doctor on “The One With Joey’s Big Break.”
Rachel does not like having her eyes touched, which makes the examination difficult.
The doctor prescribes her eye drops, but Rachel is unable to use them herself. The rest of the gang ends up holding her down to administer the drops.

Rachel briefly had a pet cat

In “The One With the Ball,” Rachel green buys an expensive hairless cat.
She doesn’t have the cat for long because the cat seems aggressive and Rachel gets tired of it hissing at her.

Rachel Green had a nose job after high school

Rachel Green and Monica both looked very different while they were in high school. Episodes with flashback scenes show that Rachel had a completely different look because she had a nose job as a teenager.

Rachel finds out that her dog, LaPooh, died while reading a letter from her mother in “The One With the Kips.”
Ross is surprised by the news because he remembers the dog from high school.
LaPooh apparently lived a rather long life but died after being hit by an ice-cream truck.

Rachel’s early haircut is an iconic part of 1990s fashion, but Jennifer Aniston told Glamour in 2015 she didn’t like the look.
She said the hairstyle was too difficult to maintain and isn’t something that matches her personal style.
During the later seasons of the show, Rachel’s hairstyle changed from the signature “Rachel Green” cut to a longer look.

Rachel was almost played by another ‘Friends’ actress

It’s hard to imagine anyone but Aniston playing Rachel, but the iconic role almost went to another “Friends” actress — Cox.
Cox chose to play Monica instead, and Aniston was later cast as Rachel.
Aniston was also the last of the main friend group actors to be cast.

Plenty of the friends in the main crew have kissed each other, but Rachel is the only one who has kissed every person in the group.
She kissed Ross and Joey while dating them, and a flashback revealed that she made out with Chandler at a party while she was in high school in “The One Where the Stripper Cries.”
Rachel kissed Monica off-screen in “The One With All the Haste” to get their apartment back from Chandler and Joey, and she kissed Phoebe in “The One With Rachel’s Big Kiss.”

Her first kiss with anyone in the friend group is with Chandler, not Ross

A flashback revealed that Rachel kissed Chandler at a college party.
She doesn’t start dating Ross until she’s out of college. This means that her first kiss with a member of the friend group is with Chandler.

Rachel’s sisters both visit her separately during the series.
The first sister shown is Jill (Reese Witherspoon) in “The One With Rachel’s Sister.” After Emma is born, Rachel’s other sister Amy (Christina Applegate) visits on “The One With Rachel’s Other Sister.”
Both sisters are in two episodes, but Amy and Jill are never in an episode together.

She’s a Taurus … or an Aquarius

On “The One With Joey’s New Girlfriend,” Gunther asks Rachel when her birthday is and she tells him it’s May 5.
That birthday makes her a Taurus, but a cop who pulls her over says that she’s an Aquarius on “The One with Chandler’s Dad.”
This seems to be a continuity mistake, although it’s possible that Rachel just didn’t correct the cop when he remarked on her zodiac sign.

Rachel is afraid of fish

While Rachel lives with Joey, Phoebe misses living with her and attempts to make her hate living with Joey so she’ll move back in “The One With the Holiday Armadillo.”
However, when Phoebe gives Joey a pet tarantula and drums, Rachel isn’t bothered and doesn’t come back to live with her.
When Rachel realizes what Phoebe was trying to do, she tells her that if she wanted to scare her, Phoebe should have bought Joey a fish instead, which Rachel apparently finds scarier than spiders. 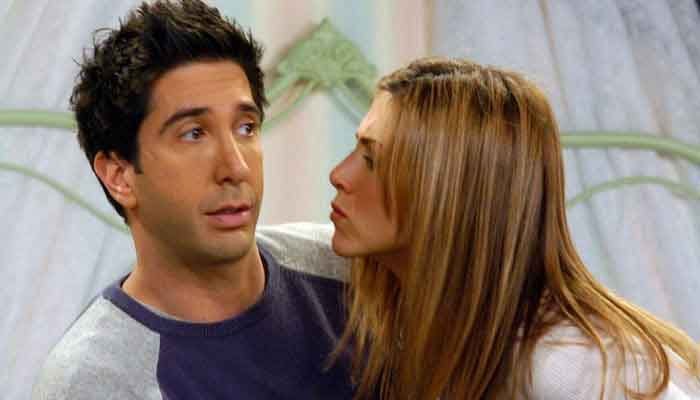 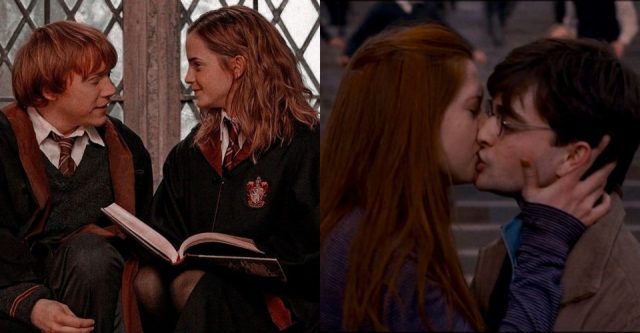