From Bennifer’s Covid-compliant kiss to co-host Timothée Chalamet sparking fan hysteria with his live-streamed entrance, the met gala 2021 delivered all of the talking point moments we’ve come to expect from fashion’s biggest night out.

Most celebrities make a scene upon their arrival on the red carpet; Timothee Chalamet jumped the gun, live-streaming his stroll up 5th Avenue to the Met with his mysterious artist collaborator JR. Naturally, swarms of fans quickly mobbed the Dune star, who wore Haider Ackermann sweats and Chuck Taylors for the event, creating a scene that brought to mind Beatlemania.

The red carpet proved as much a celebration of American athletes as American fashion. Following the arrival of tennis legend and 2021 co-chair Naomi Osaka, gymnast Nia Dennis kickstarted the night by cartwheeling along the red carpet in her bedazzled Adidas for Stella McCartney jumpsuit, while the Brooklyn United Marching Band played joyfully in the background. Soccer – ahem, football – star Megan Rapinoe kept up the 2019 Met Gala theme of camp in a red-white-and-blue suit from Sergio Hudson, while Ciara honoured her husband, American footballer Russell Wilson, by wearing a lime-green NFL-inspired dress by Peter Dundas, complete with a matching football-shaped purse and Wilson’s winning Super Bowl ring. No one, though, could quite compete with Simone Biles, with the Olympian stepping out in an 88-pound dress covered in Swarovski crystals. GOAT, indeed.

This year, guests were torn between baring all and going incognito

First up, Gossip Girl’s Evan Mock climbed the Met steps in a look that would surely never pass muster at St Jude’s – a vintage leather mask by Thom Browne that completely hid his face – with Erykah Badu close behind him in a top hat and mesh shield from the brand. It’s Kim Kardaishan though, who really committed to keeping her identity secret (at least for the first 20 seconds she appeared on the red carpet), donning a body suit by Demna Gvasalia and Kanye West that covered her from head to toe. On the opposite end of the spectrum, Kendall Jenner put her own spin on the naked dress in a custom Givenchy gown intended to nod to Audrey Hepburn in My Fair Lady, Zoë Kravitz made a strong case for the chainmail G-string in Saint Laurent, and Irina Shayk just about kept her sheer Moschino gown decent with a few carefully placed embroidered flowers.

Only Alexandria could rock up at the Met Gala in a dress emblazoned with the words “Tax the Rich”. Writ large across a Brother Vellies dress. (Surprisingly, she left her beloved Telfar Bag at home, in spite of the American theme.) “We can never get too comfortable in our seats at the table once they’ve been given,” Aurora James, founder and director of Brother Vellies, told Vogue of collaborating with the Democratic representative on her gown. Fellow congresswoman Carolyn B Maloney, on the other hand. Wore a dress with a flowing cape in the Suffragette Movement’s colours,

Fresh from her thrilling victory in the US Open final at New York’s Arthur Ashe stadium. Emma Raducanu’s fairytale week continued at the Met Gala. The tennis star and newly-minted national treasure took up a spot in Team Chanel on the night. Joining Young Hollywood’s finest. Lily-Rose Depp, Whitney Peak, Margaret Qualley and Kristen Stewart – for a group photo. Emma fit in perfectly in her black and white separates from Chanel’s Resort 2022 collection.

Blame nerves about post-pandemic socialising. But an inordinate number of guests arrived at the 2021 Met Gala. holding comforting (and/or mildly disturbing) accessories. Popstrel Kim Petras led the charge in a Collina Strada dress fronted by a giant plastic horse, before Euphoria’s Hunter Schafer matched her chrome Prada two-piece with a glittering spider accessory that covered her entire face. That’s before Frank Ocean topped them both with a slime-green robotic baby – imagine a miniaturised Shrek, if you will – and Grimes, naturally, paraded through the crowds with a Dune-inspired sword to match her custom Iris van Herpen gown.

Bennifer sealed it all with a (masked) kiss

of course, the event would have been incomplete without an appearance from the red-hot. Reincarnated couple of the moment. J Lo and Ben Affleck. They delivered in spades, with Affleck and his on-again love interest. Wearing a Western-inspired Ralph Lauren look in keeping with the American theme . Refusing to let PPE get in the way of their PDA. Theirs is truly a love story for the Covid age.

This article was originally published by www.vogue.co.uk 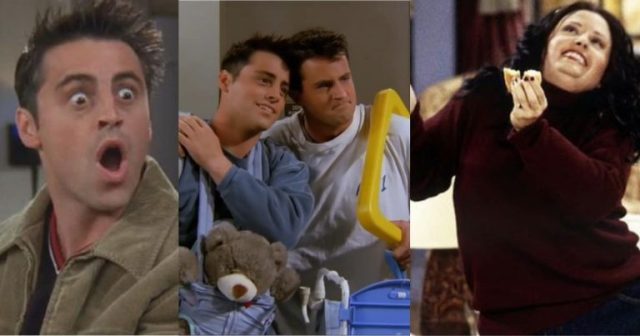 10 jokes from FRIENDS that have already aged poorly

Pedro aka Berlin from Money Heist: I’m connected with mythology and culture of India more than films 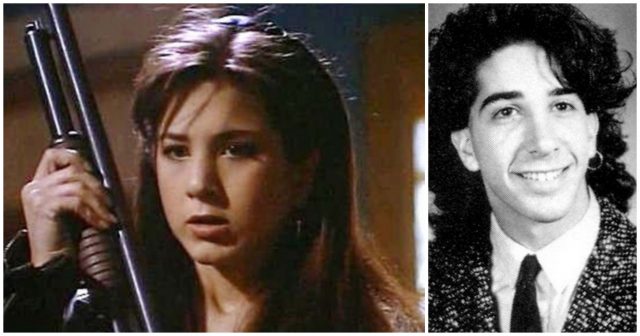 Photos of young cast of FRIENDS You haven’t seen before