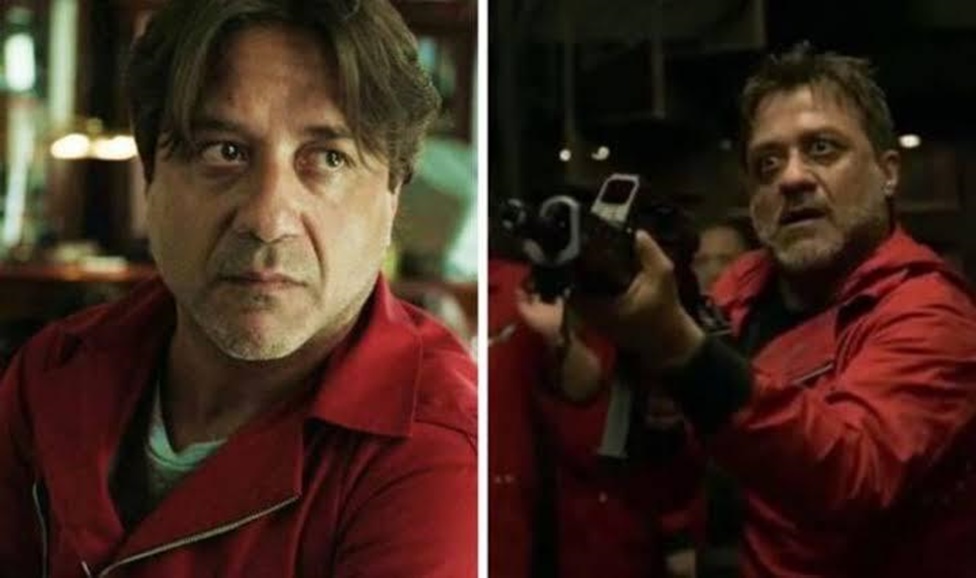 Money heist: It had many heroes, but Arturo Roman was not one of them, in fact, he got worse in every season as seen here.

Most fans did not expect Arturo to be in the third season after all the problems he created in season 1 and season 2 but he came back, again and again, created a lot of problems. Arturo Roman was not a hero he was just a coward man that would do anything to become a hero while putting everyone else under the bus.

Money heist: It started with the Arturo refusing Monica’s pregnancy but later he claimed that he loved her and it was not correct at all. He was just a coward. He risked Monica’s life as well as other hostages’ life, trying to become the hero in the eyes of other people, without doing any heavy lifting. During the second heist, he became the sexual predator that made him worse. The trouble he caused on the roof.

When he created trouble

Money heist: Denver made it very clear that only Moscow needs to get on the roof for some fresh air and at that time Moscow start scaring the hostages. on the roof when he heard that Monica had been shot he starts waving a gun at everyone as if he cared a lot about Monica in fact he was the one who refused to accept his and Monica’s child.

His actions put everyone in danger even if he had shot the robbers on the roof, there was a chance the police could have mistaken him for one of the criminals since they were all wearing the same disguises. It was a reckless move.

When he kissed Monica after surgery

Even after denying the child Monica still cared about arturo. She also wrote a letter for arturo. But Denver did not dlievered it to Arturo because at he was talking to his wife. And he was making mess of his two relationships.Monica was also badly injured at that time. But she still cared about Arturo.

Arturo never took any bold step for Monica and after sugery he started kissing her all over without taking care of her injuries and her feeling and all that shows that he only saw Monica as a sex object.

When he tried to have sex with Monica

Monica was generous enough to talk to him when he made himself a hostage in the bank of spain. He wanted to see his and that request was resonable but again he proved himself a pervert. All he wanted to have sex with Monica while she was only concered to keep all the hostages alive.

He only wants to have sex with Monica. Which shows that he has very little respect for her in person. He wants to get physical with Monica and he did not care whether she was married to Denver now.

When he raped Amanda

Arturo was clearly a pervert yet the show never exposed him as a sexual stalker during the main heist. Be that as it may, after Monica turned him down. He went wild and released his genuine nature on the terrified prisoners in the Bank of Spain.

At the point when he previously offered pills to Amanda, it seemed like he was helping her or executing some sort of plan to save individuals, yet when he assaulted her, it turned out to be difficult to watch. Fans hated him. Considerably more, when he attempted to transform Amanda into the villain when she asked him about his actions. None of the looters had done anything this evil.

When he had his confrontation with Manilla

After assaulting Amanda, Arturo offered his pills to Manilla, too. Despite the fact that he didn’t realize that she was an undercover agent. He then, at that point attempted to play the fearless guardian angel, even after his evil deeds were uncovered. The prisoners turned out to be more terrified of him than they were of the robbers