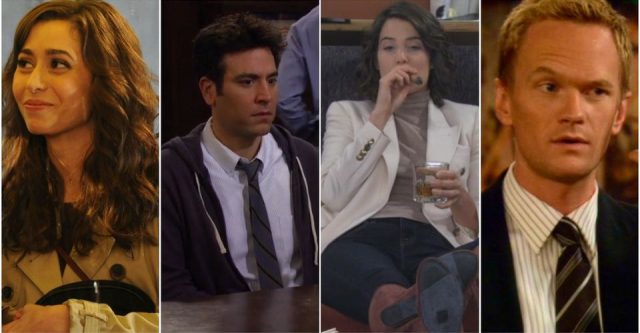 The sitcom “How I Met Your Mother” is full of flawed characters — that’s what makes for conflict and entertaining stories episode after episode — but sometimes those flaws can compound into a simply annoying character or one who makes repeatedly terrible choices. Each of the five main characters has their crappy moments, but which one is the worst among them?

There’s Ted (Josh Radnor), the sweet narrator of the story who’s constantly making questionable decisions in his love life, Barney (Neil Patrick Harris), the hilarious “player” who’s always teetering toward misogyny with his creepy behavior, Robin (Cobie Smulders), the cool love-interest-turned-friend who’s afraid of commitment, Marshall (Jason Segel), the big-hearted lawyer who’s also a big goof, and Lily (Alyson Hannigan), the loving artist who can be manipulative and has a mountain of credit card debt.
To get to the bottom of which one of these characters is the worst, Looper conducted a survey of 619 people in the U.S. Here’s who they picked.

The surprising choice is: Marshall Although Lily often gets the loudest hate, and Barney’s character has aged terribly. When people were given a choice, 27% of them picked Marshall as the worst of the main five. He’s definitely done some questionable things, such as invite Lily’s estranged dad to Thanksgiving without telling her. In a Reddit thread, users wrote that he crossed this line. Because he couldn’t understand poor parent-child relationships like those that Lily and Barney had with their dads. User u/Ndmndh1016 pointed out that. “Marshall always has difficulty accepting that. Not everyone shares his views on the world.” Then there was that time he slut-shamed Robin.
Still, Marshall is a surprising choice. A look at the “How I Met Your Mother” fandom wiki will show several paragraphs about Lily’s selfishness, manipulation, and penchant for punishment. Compare that to Marshall’s personality description, which focuses on his “inherent kindness,” passion, and confidence. Yet in the poll, Lily got just 13% of the vote, with Robin the only character to get fewer votes. Barney got the second-highest amount of votes for the worst character, with Ted firmly in the middle.