From Charlotte Flair and Andrade to The Miz and Maryse, here are some of the most powerful wrestling couples in the WWE.

In a career where you spend so much of your time on the road each year, traveling and performing for fans, it is hard to keep relationships intact. Tales of wrestlers destroying marriages due to their actions on the road are countless. However, in today’s WWE, there are many people who have found and retained the love of their lives in the job.

The one big thing WWE did with the last Superstar Shake-up was keep real-life wrestling couples together on the same brands, in order to strengthen their commitment and not put too much of a strain on their personal lives. With the top executives in WWE meeting while working together in the Attitude Era, here is a look at some of the most powerful real-life couples in WWE right now.

The one professional wrestling power couple that rules over WWE is easily Triple H and Stephanie McMahon — the head of talent and the boss’ daughter — both high-level executives in the company. The couple met while Triple H was a wrestler and dating Chyna as part of DX. 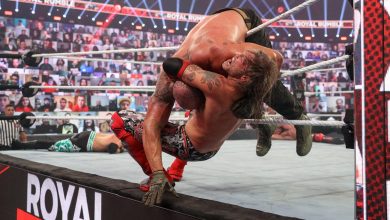